Per leggere la versione italiana di questo articolo clicca qui!Translation by Irene Benetti This coded shield allows the flow and disintegration of stagnant energies, that may result from dissonant astrological aspects, because the runic codices inserted inside of it belong the Jötunn and the wolves (Ulfr) of our tradition. The Scandinavian people used these helmets primarily for protection and the preservation of the bloodline. The codices developed on the shield come from the Jötunn: astronomical and astrological influence is almost automatically blocked, as a direct consequence. The presence of the encrypted code, allows the use of this shield in homes and places of daily life END_OF_DOCUMENT_TOKEN_TO_BE_REPLACED 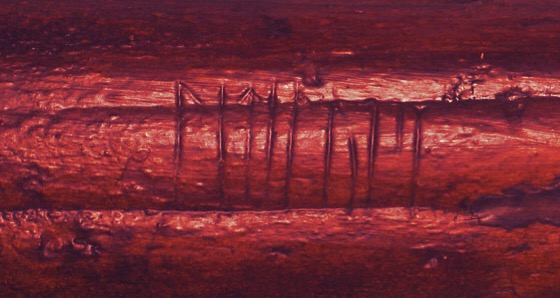 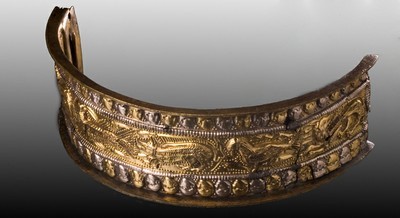 Per leggere la versione italiana di questo articolo clicca qui!Translation by Sonia Francesconi. As known and exposed in the detailed Looijenga’s article, from 100 B.C. to 500 A.D. the practice of offerings developed in all the large swamps: Thorsberg, Nydam, Ejsbøl, Porskær, Illerup, Hedelisker in Jutland and Vimose and Kragehul on Funen (Lønstrup 1988: 97).According to Ilkjær (1996), in the period between 200 and 250 A.D., the objects offered in the bogs of Illerup, Thorsberg and Vimose comes from regions other than the immediate surrounding area. We think that the objects are spoils of war. The spearheads found in Illerup and Vimose are Scandinavian origin, END_OF_DOCUMENT_TOKEN_TO_BE_REPLACED

Per leggere la versione italiana di questo articolo clicca qui! Translation by Irene Benetti The correspondences between the Siberian practices and the techniques of the Scandinavian tradition are emerging continuously, and the re-evaluation of this connection is the source of our latest research. The direct connection between the Siberian practices and the Scandinavian practices of the Vanatrú tradition. Through Ýmir’s skullcap, we can relate the recurring representation of the map of the worlds for the Siberian tradition, to the manifestation on horizontal planes in the graphics of “our” nine worlds’ map. There is a colour associated to each world, representing its tipology, linked to our research END_OF_DOCUMENT_TOKEN_TO_BE_REPLACED

Per leggere la versione italiana di questo articolo clicca qui! Translation by Federico Pizzileo Vanatrú Italia has its own symbol, published in appendix of “La Stregoneria dei Vani, Anaelsas edizioni, 2015”, as an archaeological encoding of the author of the proto-runes displayed in the database. The seal contains the esoteric symbology of the autochthonous and mystery cults of the scandinavian section. Its identification with the cult of the Goddess (or Goddesses) of Old Europe and the masteries of GinUr (seed of the Jötunn), makes this seal a complete working of the initiatory and occult phase of the belly of the Miðgarð, in its relationship with END_OF_DOCUMENT_TOKEN_TO_BE_REPLACED