The study of signs, observed in the physical and social world, that often indicate the will of supernatural agents and the possibility of predicting future events, was undoubtedly the most important phase in all ancient cultures.

One of the earliest written evidence for a concept of sign, understood as above, however, comes from cuneiform texts from ancient Mesopotamia.
The study of the signs of the gods was of vital importance to the ancient Mesopotamians throughout their history.

We have important references with Amar Hannus, of the University of Chicago¹ where in one of his treatises on signs and symbols he traces a really interesting interpretation.

Among the first examples of celestial divination we can indicate the cylinders of King Gudea, who needed an auspicious sign (ĝiškim in Sumerian) from his divine master Ningirsu, who confirmed his consent for the construction of a new temple in Lagaš.

This is one of the earliest attestations, where the idea of the signs in heaven is transmitted as divine decisions and therefore omens (Rochberg 2006).
Communicating to consult the will of the gods is a well-attested practice in ancient Mesopotamia, which accompanies any political or private action.

The harbinger of the tradition of the third millennium BC it had to be oral in nature, because texts bearing omens did not appear in Mesopotamia until more than a millennium after the invention of writing.

The earliest written examples of collections of omens using the list format are attested in texts from the Old Babylonian period onwards. According to N. Veldhuis, the list as a traditional text type in Mesopotamia was used in that period much more widely than in the past.

Word lists existed from the very beginning of cuneiform writing.

Over time, the list becomes a privileged format for recording knowledge. Thus the fact that omens were transcribed in the same format indicated that they were considered on a par with academic knowledge.

The omen connected to the sign and symbol has been given both practical and theoretical value, which explains the completeness of the phenomena recorded in the collections, since practically everything that is observable in the universe could have a disturbing meaning for mortals, which it finds strong relationship in the practice of runic divination.

The Runes, as sign and symbol, idea and number, in the same way alphabet and vocabulary, grammar and mathematics, mystery and concreteness, are part of that key of reading connected to the omens and to the symbol / external environment relationships typical of the observation of the natural world of Folköi:
In modern times the use of the Runes was expropriated, given to the mercy of ignorance combined with the decline contaminated by easy Abrahamic and earthly predominance.

The Rune was born as a shamanic and divinatory act, which connects human reality to the divine word. In witchcraft it is a powerful means and tool through which the practice of descent between worlds, of necromantic act, is possible. The Rune is mainly necromancy since the Ginúr, initial and primordial chaos, contains within itself all the energy of the Universe; it is
the real place of origin of the Runes, understood at the Sorcerer’s level as a seed containing the Manifesto and the Unmanifest, which make up the blood of the primordial Giants. Our work tries to provide a practical didactic help of the runic valence, never dissociating it from what it is DNA, that is Jötunn².

Returning to Mesopotamian divination, it was an all-encompassing semantic system designed to interpret the entire universe.

In the Babylonian Diviner’s Manual (11.38–42): The signs on earth, just like those in the sky, give us the signals. Heaven and earth both produce portents although they appear separately. They are not separate (because) heaven and earth are related.

As Mesopotamian divination texts testify, not all omens occurring in the cuneiform series have been observed in the real world, because many examples describe phenomena that are impossible and could never occur.

The worldview represented by the series of omens is not an irrevocable determinism, in the sense that each event is causally determined by an unbroken chain of previous events.

The prediction was considered only a warning that could be deflected by ritual measures, as happens during the Völva ritual. A process of relationships and elements designed to prepare the dialogue with the invisible world, which also allows the possibility of intercession

for a kind of repercussions on the prediction and to be able to act to prevent the omen from manifesting itself, a kind of relationship with free will³.

As researcher Amar Hannus notes, omens for many Mesopotamian scholars represent divine wisdom that originated ideologically in the primeval times of the antediluvian period, but which was continually updated and delineated by the scientific methods of the day.

Traditional knowledge of Mesopotamian divination was transplanted into the classical world by wandering diviners; one of these was probably the Chaldean who visited Plato during the last night of his life. The Etruscan discipline of taking omens from liver inspection or hepatoscopy (haruspicina in Latin) shows an extraordinarily close correspondence with the same form of divination developed in Mesopotamia.

This can best be explained as the transmission of a “school” from Babylon to Etruria. The sheep slaughtering system, the clay or metal sheep livers patterns and the custom of giving them inscriptions for the sake of explanation, are peculiar things found just along the corridor from the Euphrates through Syria and Cyprus to the ‘Etruria.

The Etruscan written texts relating to hepatoscopy have been lost and can only be reconstructed fragmentarily from the Latin and Greek texts. The internal tradition of the Etruscan discipline dates back to the seventh century, precisely at that period whose splendor is reflected in many imports from the Near East⁴.

The observation of the liver remained by far the most predominant divination practice in Greece; from Plato⁵ we learn that hepatoscopy enjoyed greater prestige than the wish of birds.

Mesopotamian divination “lecanomancy” was a special art in Greece, both in pouring oil over water and dusting flour over liquid.

An interesting question is the possible Mesopotamian influence on the Stoic theory of signs given the circumstance already observed by F. Cumont that all the first masters of the Stoic school were Oriental.

Prophecy and divination are historically related to each other more closely than is generally believed. Apart from the ancient types of prophetic literature and Mesopotamian sign theology, in which everything in the world can be seen as part of divine revelation, which is expressed through archetypes that subsequently communicate with man, developing language relationships between divine verb and meat (ikribu).

In a certain sense this archetypal communication act (between sign and symbol) has very strong connections with the singing of the Völva (the Varδlokkur which refers to the one used to “remember” the soul of the one who shamanic to the body that lies in a state of ecstatic exhaustion ”(Strömbäck 1935).

According to the thought of Josephus, it was precisely the demonic who communicated with men through omens, signs, dreams and shamanic acts, and they are all closely linked to each other.

Hence the link to demonology understood as the art of the communicator. The Demon is the first archetype that communicates with man through the art of the sign. The most evident tracing for the Nordic people is present in Scandinavian folk. For this reality we have drawn up a long study of connections and researches present in Northern European demonology.

If we look a little closer, we know that the term “sign” derives directly from the Latin signum, which in turn makes the Greek σημεῖον, whose range of uses follows quite closely. Not only the term, but the idea or set of ideas for which it is based are a legacy of Greco-Roman antiquity.

If in this area as in many others the Romans were indebted to the Greeks, here as elsewhere the Hellenic world was indebted to the ancient civilizations of the Near East that preceded and coincided with it. The issues raised by these debts are beyond the scope of this essay, the purpose of which is twofold.

Speaking of “meaning” inevitably brings to mind words, statements and the like – in a word, language, or language-like communication devices such as coded messages or signals.

Meaning is a concept expressed through signs that can be graphic, verbal-oral, or through hints and gestures. The meaning makes it possible to understand or express the meaning, value or content of the sign.

Ferdinand de Saussure, states that the linguistic sign is constituted by the union of a meaning (a concept, that is, the mental notion we have of a certain object) with a signifier (that is, a sound form or an auditory image).

Plato’s Cratylus was the most sustained and influential contribution to the ancient debate on the meaning of words, which is that it is simply a matter of convention.

The theory expounded and critically examined by Socrates that “a sign is a name for every existing thing”.

Aristotle calls the words “signs” in his discussion of the statements made up of them in De interpretatione.

A (natural) sign provides evidence: when all goes well, you get to know something distinct from it by deducing a conclusion. To fulfill this function, it is not enough that the sign provides the basis for the conclusion to problem, it must be better or more easily known than it, in general or on the occasion of its use as a sign.

intention to mean that it must be grasped for this purpose to be realized, it will not look the same.

On this basis it is important to emphasize that in a communicative act with signs of this magnitude the interpretation must be somewhat non-existent, or there is a risk of assuming a totally defective meaning.

It is undoubtedly possible to let oneself be guided by these signs without being aware of or paying attention to the divine intention of which they are the expression. But one can also go further and see divinatory signs as a system of divinely instituted signals.

¹A. Annus in Divination and interpretation of signs in the ancient world

⁴J. Allen in “Divination and interpretation of signs in the ancient world” 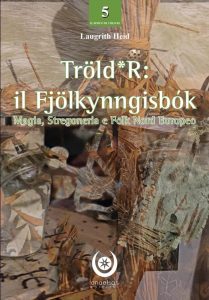