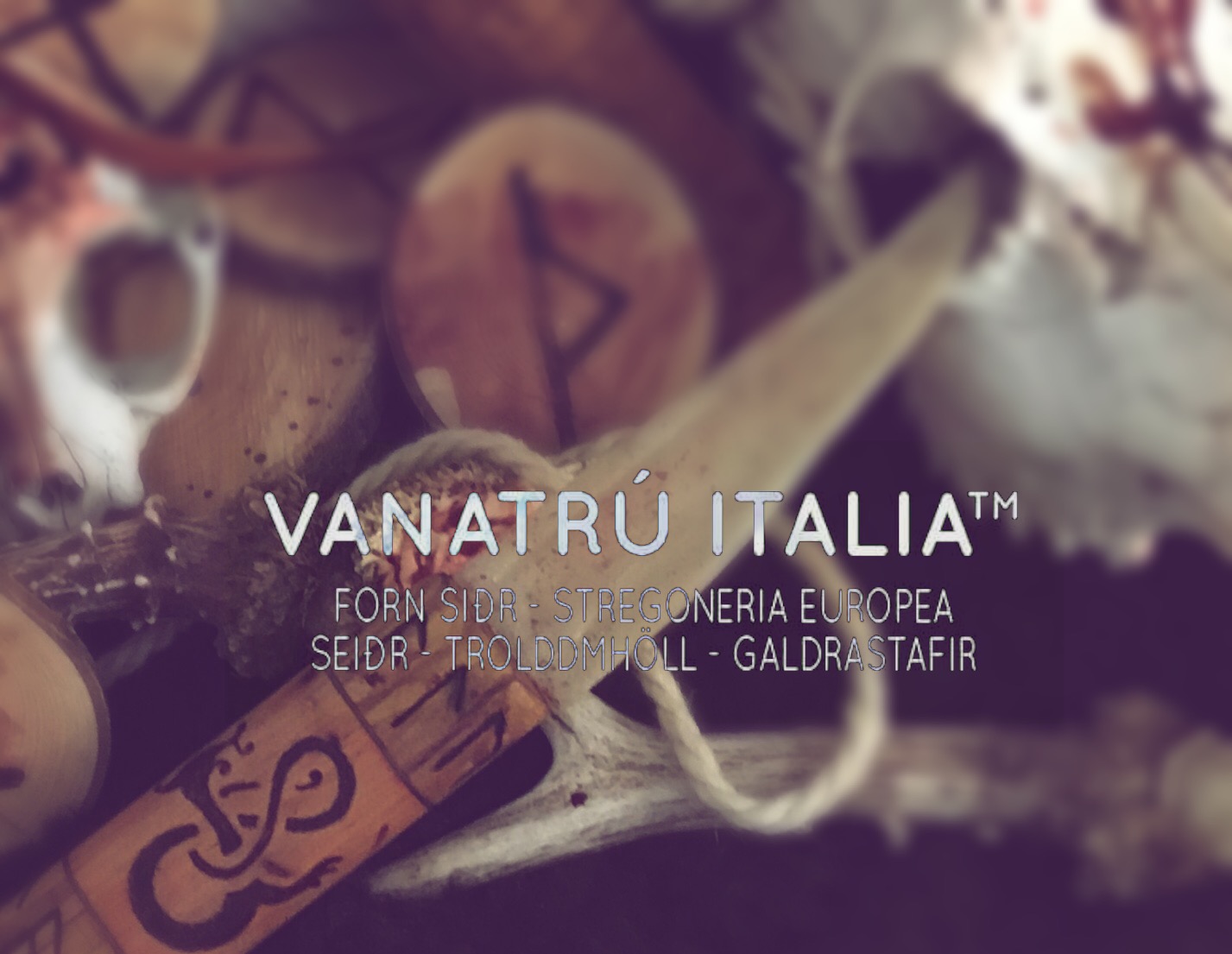 The text of the Völuspá encompasses much of the witchcraft practice of Vanatrú.

The song, referring to the logos of terms such as Góð and Ragnarök, compresses in a few esoteric verses the generating, destroying and receiving act of the new era typical of the Vanatrú tradition.

In Völuspá the Völva remembers and foresees.

To see becomes spá linked above all to the act of vision during one of the descent shamanic practices. Full of memories.

The völva is spá / kona (seer) but it is also vísinda / kona (woman of science).

We never find the word “spá” within the song, but the term ég man (I remember), which refers to her in the third person man hún (she remembers), philologically connects to the esoteric act mentioned: the memory!

The act of memory in this sense manifests a practice of occult reminiscence that is triggered within our I Investigator, through the active practice of Seiðr.

Memory must always be kept alert, alive, so that it itself becomes a warning to remember events prior to us, even if not attributable to us.

This ethena (etena) faction is working from where impressive archaeologists have founded the foundations for the recovery of the Vanidís roots based on the philological and archaeological reminiscences of our old Europe.

The memory that springs from it feeds the historical concreteness of human events.

History that to such an extent is not only an actor’s deeds for an end, but also dumb on memories and often unfinished ideas, allows us to retrace the common thread of the encounter between European magic and witchcraft.

The result will be a collective act, the same one that tries to move this group; an act initiated by our ancestors that runs in the words of Völuspá and moves along the three different initiatory paths given by the representation of the main tree.

We must refocus that collective memory of ours, in order not to lose the roots of Old Europe, also by claiming and defending the purity of the runic act extracted from the Codex praising the practice exposed by the initial passage of the Völuspá, in order to never soil the runic practice with more rot, proper to the heathen people (Æsir and Vanir in equal measure).

The runes are the heritage of all humanity, since anyone can benefit from their work as an act of tradition. But their use is intrinsic to the result of the work of the heathen people, and they are the act of remembrance (man hún) of our lineage.

“…in my favor (for my people) word by word I drew from the Word, in my favor work by work (I drew) Work.”
Hávamál

The Word and the Blood of our people, the people of Odin, generated works and runic Matrixes, and this people is recognized with the glory and use of the RUNES