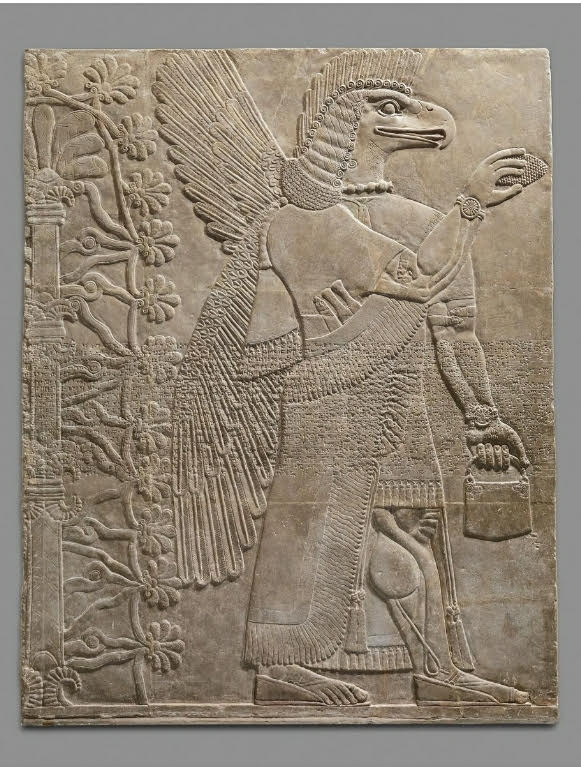 The phenomena of death and all other common events in daily life have given rise to speculations about the invisible world, which have gradually led to a distinction, albeit slight at all times, between good spirits and bad spirits.

This division in the Christian era found fertile ground, as well as in all monotheistic faiths, which spent and cultivated the seed of ignorance, oppressing historically antecedent cultures and realities.

Magic, astrology and witchcraft have become fashionable in recent times, due to the new age and neo-pagan movements that have helped, yes, but also dirtied occult art.

The appeal of the mysterious and the occult to contemporary audiences has spawned considerable literature on ancient and exotic magic alike.

Classicists extracted Greek and Latin sources for elements of magic and witchcraft, making forays into the neighboring territories of the ancient Near East for real or presumed parallels.

Interesting documents have survived in the cuneiform script and are expressed in dead languages that have only been deciphered in the last century. One, Sumerian, is not related to any known language; the other, Akkadian, although belonging to the Semitic language family, diverges from its relatives enough to be difficult to master.

In Mesopotamia are preserved those rituals that the exorcists note in the manuals and pass down to their disciples and successors from generation to generation; these can be considered the official scientific manuals of the experts.

Ordinary people’s magic was probably never written and we don’t have much to work with when looking for comparisons with Mesopotamia. In a way, like Scandinavian witchcraft.

Often researching and tracing phases and similarities of peoples at the antipodes is an arduous research work carried out through the anthropological dynamics of the peoples in question.

Until more recent times (a century or two before the Christian era), they kept the doctrines in their original language, making interlinear translations for use in temples and among doctors: that is why we can speak with tolerable certainty on many points of the primitive religion of Babylon.

Starting from the concept of the ghost world, we note that due to the tracing of the tablets we have received, we can define it as closely linked to the Vanic people of the Scandinavian area. That is an existing and parallel world, absolutely not unnatural, but a fundamental part of the surrounding nature, the same demonological nature that we are trying to trace and which corresponds to archetypal, archaic and shaping figures of an absolutely natural world with parts and seeds belonging to the Demon / Deity / Jötunn.

This natural and demonological reality is so for the European nature, as for the old Babylon, where the word becomes the flesh and blood of our ancestors. Through the verb I trace this demonological nature.
As dealt with several times in our Scandinavian terrain, I now explain to you the reality of old Babylon.
Starting from the diversified concept of the soul, it seems that this or EKIMMU, literally means “the thing that is taken away”, and by nature possessed supernatural powers.

It was believed that the disembodied human soul cannot find rest, and so it wanders up and down the face of the earth; the gruesome spirits, who were half human and half demons, demons and devils, who were of the same divine nature, rode on noxious winds or brought storms and plagues.

This verb is often amplified by the additions LABARTU LABASU AHHAZU LILÛ LILÎTU ARDAT LILÎ. The first evil spirit, UTUKKU, was originally a spirit, specter or ghost.
This form of magic is inseparable from the necromantic nature, different from the European one in dealing with bone material, but similar in use linked to the ancestors and often divinatory.

This necromancy was a method employed to look into the future, and a notable example of it occurs in the Epic of Gilgamish. The second of the six, the ALÛ, is a demon who hides in dark corners and caves in the rock, haunting ruins and deserted buildings and sneaking through the streets at night.

It is said to be a hideous apparition, sometimes without mouth, limbs or ears, a half human, half diabolical creation probably carried by the divine Demon LILÎTU or ARDAT LiLi.

After death, the souls of men and women who died in the ordinary course of nature entered the Underworld, “the House of Darkness, the seat of the god Irkalla, the house from which no one who enters comes further”.
If for any reason these attentions of the living should cease and the spirit of the dead is forgotten, then the spirit will be forced by hunger and thirst to come out of its abode in Hades to search the earth.

An interesting work for the tracing of these dynamics comes from R. Campbel Thompson, assistant in the department of Egyptian and Assyrian antiquities of the British Museum, in the work “evil spirit” and subsequent translations.
Interesting are the ghosts of women who died in childbirth or while nursing their babies. The idea is that they somehow went back to find their baby. This is a common form of ghosting in Eastern and some European countries.

Among Malaysians, if a woman dies in childbirth, she should become a langsuyar or a flying demon, a female familiar. To avoid this, glass beads are placed in the corpse’s mouth, a chicken’s egg is placed in the armpits, and the needles in the palms of the hands.

The original Langsuyar was supposed to be some kind of Lilith. In India, the ghost of a woman who dies in childbirth is truly a terrible demon, as are her souls of devoted temple women who die of disease, of men or girls who have reached marriageable age and yet die unmarried.

Faith in the spirit EKiMMU had gained such a hold on the Assyrians, that they associated with the spirits of the dead, acts related to divination and catastrophic precautions, not completely free to move on earth without the consent of the afterworld.

A bit like the process of the practice linked to the Völva, when he has to perform the rite outside the house of those who evoke his help (1) The fourth spirit is the GALLÛ, a devil who perhaps sometimes takes the form of a bull, described as “the stubborn bull, the great ghost”. He is apparently neither male nor female; in fact he is asexual. The fifth supernatural being is ILU LIMNU, or “evil god”, presumably a more general term, because it is left indefinite, and there are few, if any, descriptions of it like other spirits. The sixth spirit, the RABISU, is an ever-lurking demon. Reminiscent of the ALB of Northern demonology (1).

Of the next three, LABARTU, LABASU and AHHAZU, LABARTU has a whole series of texts written against her. And this makes us reflect on the archaic manipulation of an important deity.
She is a female demon, the daughter of Anu. There are discordant stories about this demon, and its defenses for children exposed to her attacks.
The AHHAZU was a demon we know little or nothing about. The same can be said of LABASU, the meaning of which is quite uncertain.

The Assyrian word LILÛ shows that it can be connected with lain, “to be abundant“, lalu “wantonness and lust” and lulu “lust“.
ARDAT LILÎ differs from LILÎTU in that its relations with human beings are much closer, and thus assumes the functions of the Hebrew Lilith.
The word ARDATÛ always implies a woman to marry, a natural and restless spirit that wanders up and down, forced by his desire to wander, unable to rest quietly until she is satisfied. Matrix of all-consuming desire.

Animals and their hair were used extensively in these ceremonies, and a great emphasis was placed on virginity. A young pig is often mentioned, and the hair / dander of a virgin human; this condition is ceremonial, and was used until the Middle Ages.

The Word of the demon rotates cyclically within the historical and anthropological traces of an apparently buried culture such as the Assyrian-Babylonian and the Scandinavian one which requires an incessant increase in archaeological and esoteric research, so that the old cults can come back into vogue, expropriated by the falsifying nature of the monotheists.