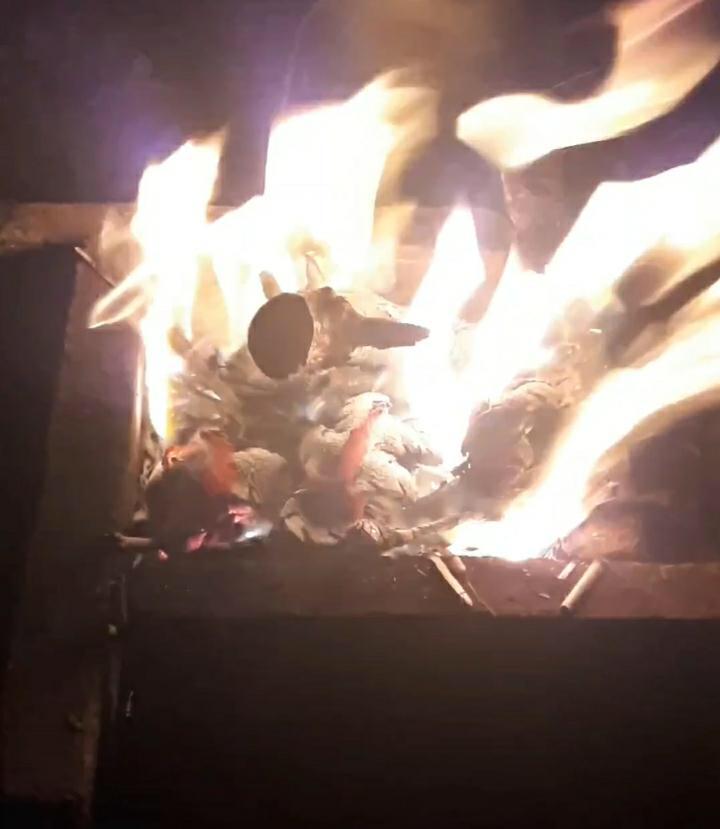 The Fylgjur have long been associated (and not) with the witch’s companions. We find this in many Icelandic folk tales, especially in ancient Nordic literature and pagan belief; is a view supported by both Jón Árnason and the eminent folklorist Einar Ólafur Sveinsson.

Understanding how the fylgjur of the ancient era and the medieval era relate to each other facilitates the understanding of how witchcraft evolved during religious development in Iceland, starting with the pre-Christian era and moving through Christianization and beyond.
Many of these later folk tales have not yet been translated into English and therefore remain beyond the reach of the general scholar.
Considering the study by Eric Shane Brya, Assistant Professor of English, Missouri University of Science and Technology, we note from his report that Icelandic folk tales have remained on the sidelines of Old Norse studies since Árni Magnússon (1663-1730) began to collect Munnmælasögur (“oral tradition stories”) from Icelandic peasants of the seventeenth century.
When the fascination with folklore and folk tale collections exploded across Europe in the early 19th century, Iceland was poised for the boom and in some ways ahead of the curve. Unsurprisingly, German folkloreists such as Konrad Maurer became interested in Icelandic folk tradition, particularly after the linguistic links between German and Icelandic had been suggested only a few years earlier by Jacob Grimm and Rasmus Rask.

Jacqueline Simpson’s translations, Icelandic Folktales and Legends, first published in 1972 and her lesser-known collection entitled Legends of Icelandic Magicians, both excellently present the tales in an academic context.

However, for the interested reader, Brya’s study constitutes a pearl that validates all our theories on the witchcraft practice of the fylgjur.Some precious stories have fallen by the wayside. One of these groups of stories is the body of the so-called “fylgjur” stories, treated by Brya that we will try to relate to in this article.
Simply put, fylgjur’s tales are tales in which an accompanying spirit (whether in the form of an animal, an apparition of some kind, or a ghost of physical substance) attaches itself to a family or individual.
Written evidence of such spirits can be found in Icelandic literature from the 12th to the 14th centuries, with indications of roots in pre-Christian Nordic belief. After the fourteenth century, however, the evidence for the waiting spirits is no longer recorded and the accounts are no longer displayed until the mid-seventeenth century.

These later accompanying spirits possess significantly different characteristics from those of medieval accounts.Vigfússon, for example, described troll-like figures who, after death, attach themselves to a family or individual.
Yet sufficient comparative evidence persists, one might say, to indicate that subsequent tales of fylgjur are the late progeny of those early mythological beings, and the recognition of that legacy brings us closer to understanding the development of popular belief in Iceland, which sees the pagan image of the assistant spirits, to have the purpose of avenging and accompanying.
In Norse myth and literature, three supernatural beings, fylgjur (sg. Fylgja), hamingjur (sg. Hamingja) and dísir (sg. Dís) held the status of assistant spirits.

Linguistically, dís and hamingja have a simpler connotation. The word dís generally refers to a goddess or priestess, but in the terms discussed here it denotes a female guardian spirit.

The word hamingja, in an interesting way, can suggest real luck or fortune, while retaining the meaning of a guardian spirit, and this we have extensively discussed in various of our articles and esoteric texts.
The word fylgja, however, has a more different connotation. As a noun it can contain the connotation (also in modern Icelandic) of a spirit or ghost, but it can also refer to the placenta, that is, the one that follows or frequents the newborn.
In Old Norse, in particular, the noun fylgja can refer again to a spirit, but above all to a pagan female assistant spirit who watches and sometimes reveals the destiny of the individual she attends.
The verb að fylgja means “to assist” or “to follow” in the sense of giving support to someone. The accompanying spirit grants assistance to a person or family, and even goes before them, which supports the idea discussed below of a person’s fylgja appearing somewhere before the real person.

The connotation “to support” or “to help” leads to the prefix fylgi-, which means help or support. A fylgisamur is a faithful follower, fylgð is a “following” or “support” and the adjective fylginn means “adherent”.

Even recognizing the differences between the fylgja and the more Christian version of a soul, fylgjur often appears as a rather unique figure in ancient Norse literature. Some fylgjur behave more like valkyrir of Norse mythology, serving to direct the fate of living individuals.
These accompanying figures, which are variously referred to as fylgjur, dísir and hamingjur, are independent entities, free from any semblance to the soul, although very interested in the destiny of the individual they serve.
Davidson points out the difference between the two types of figures, making a distinction between animal fylgjur, which most closely resembles the soul, and another type of fylgja, often a fylgjukona (fylgja-woman) or kynfylgja (family-fylgja) , which functions as an assistant to the individual rather than as a soul or a spiritual extension of the person.
Subsequently, the image is strengthened, stating that we have two types of assistant spirits. One is that of the animal fylgja, which could be translated “fetch”, or the one who accompanies a human being through life, who can be seen by others in dreams or waking hours (if they have the gift of second sight).

The other conception of “assistant spirit”, as we have seen, is that of a supernatural guardian woman, who assists an individual until death and survives him; after her death he manages to enter her home, and she then binds to another, often from the same family.

At certain significant moments, the guardian spirit will transfer its allegiance to another individual, often a descendant or friend, and to others.In Hallfreðarsaga, chapter 11, a fylgjukona arrives in Hallfreðr and declares that their relationship has come to an end (obviously, badly foreshadowing for Hallfreðr), later negotiates the transfer of her guardianship to Hallfreðr the younger, an agreement that seems to all please the parties involved.
Davidson notes in this passage and, in many others like it, that spiritual assistants (be they called fylgjur or hamingjur) work to influence the fate of the individual under their protection.
After the introduction of Christianity into the Norse belief system, these assistant spirits changed widely. Evidence of the change can be seen in several places, perhaps most notably in the famous story Þiðranda þáttr ok Þórhalls, where two competing bands of fylgjur vie for the life of Þiðrandi on Síðu-Hallr’s farm.

However, it is highly unlikely that the Nordic figures would have derived from the same tradition as the Christian guardian angels. Ross rejects the idea postulated by Gallén that messengers of fate such as the nornir (other assistant guardians) may have been influenced by Christianity.

Ross argues that “the concept of a tutelary spirit is widespread in early Norse culture and foreign import is unlikely.”Indeed the relationship with cursing is really powerful. In one excerpt, a certain Þorgarður responds by cursing a couple: “Ekki mun hér skilið með okkur; því ekki er það meira en fyrir mig að sjá svo um að kveðja mín fylgi ykkur hjónum og ætt ykkar í níunda lið I will assist (fylgi) you and your family for nine generations. “
They can be seen by those who have second sight, and the person’s well-being depends on his recovery.
These mythical figures have a direct correspondence in later fylgjur tales, and often these later figures act in much the same way as their Nordic predecessors.

Also from Eric Shane Brya in his Icelandic Fylgjur Tales and a Possible Old Norse Context, we have an interesting data that collects many sources that attest to all our theory concerning this witchcraft form from Scandinavian folk.

In Jón Árnason’s collection, five tales by fylgjur deal specifically with this figure: “Dalakúturinn” (“The Treasure Cask” Jón Árnason 1954, 1: 342–43), 17 “Tvær Sagnir um Fylgjur” (“Two Stories about Fylgjur” ; Árnason 1954 1: 344–45), “Þeir Koma þá Fjórir” (“Then come four” Árnason 1954 1: 345), “Galtardalstófa” (“Fox of Galtardal” Árnason 1954 1: 345) and “Anna á Bessastöðum” (“Anna in Bessastaður” Árnason 1954 1: 346)
The fylgjur also clearly represent the souls of men, much like a guardian figure role, rather than the fylgjur (of a different kind) guarding individuals. A fylgjukona who cares for certain people, but rather than being a fylgja herself, must rely on her ability to see recoveries to indicate when danger is near.
In “Galtardalstófa” that Brya always tells us about, the role of a female janitor is really interesting. A clairvoyant girl who has seen the fylgjur and sees a russet fox standing in front of a man (a clear reference to the old concept of a fylgja as one who “goes first”) who wants to marry a certain woman, even if the woman he refused it.
The fox carries with it a curse that the woman will not be happy in her chosen marriage, as she will develop a spoiled character. The curse echoes the reputation of the fox, because just like in English, the word tófa, fox, carries the same connotation in Icelandic as a fox, or mischievous and mean woman.
The notion of the fox as a transmission is interesting when taken in conjunction with Dag Strömbäck’s study of the soul in Norse societies. Strömbäck discusses the soul in terms of the individual’s spiritual extension that can actually have an effect on other people. A foundation that clarifies the conception of the complex animus of Matrix d8 to which it refers in the Ethene context.
What he calls “emanations” or “radiation” refers to the extension of a person’s fylgja (in Icelandic terms) as an attack on another person, which may come in the form of simple sleepiness, sneezing or hiccups, or in the most sinister forms of sickness or death.These attacks Strömbäck defines them as “aðsókn”, invoking the Icelandic attack action (að sækja).

“Galtardalstófa” suggests a similarity between this function of the soul or fylgja and the function of a sending, which has more or less the same purpose and which is often evoked by a similar motivation.

These ghosts also attach themselves to an entire family, transferring their presence, just like the fylgjur of pagan belief, from one generation to the next. 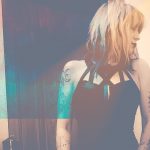