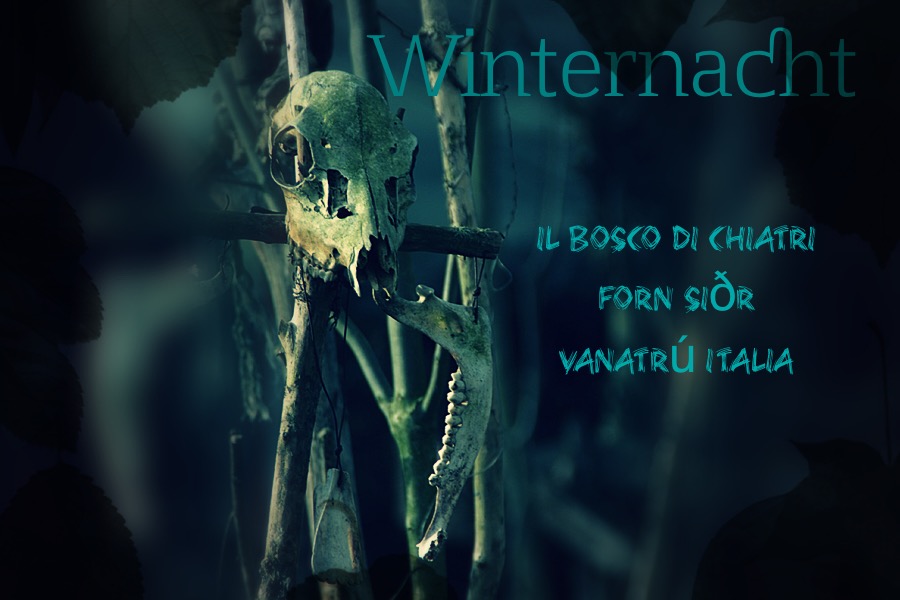 In the Edda of Snorri, there are two distinguished kinds of Elves: those of light (jçsàlfar), who dwell in Alfheim and shine like the sun, and those of the darkness (dokkàlfar), of dark color, inhabitants of the caves of the earth.

According to popular tradition, developed throughout the Middle Ages in Iceland and the Färöer Islands, Dokkàlfar have their vast kingdom in the mountains of Miðgarð, in wild and inaccessible caves. In some cases are undoubtedly identical to the dwarves but of a completely, opposite nature.

They are celebrated and honored also for the connection with the deads, during the Alfablót.

The strong bond to the cult of the Ancestors has a close correlation with the myth of Frey (it should be noted that the followers Frey’s were typically buried in mounds, and that the same mounds were used for communicate with the ancestral dead), makes us think that he (Frey) is the Lord  of Alfheim.

As Freya is related to the Vanadis, so are the Disir to the female Ancestors, while the Elves relate to the male Ancestors, both honored during the 31st October, Winternacht.

The beginning of the winter season for our ancestors was remembering the death of one’s ancestors.

It indicated the end of the summer season, of trading and gods travel, and the beginning of the hunt season.

It has been said, by tradition written in Nordic tales and sagas, that they used to sit on a wheelbarrow-mound (grave) for the whole night of Winternacht.

Sacred night of divination and shamanic communication (Galdr, Seiðr and Skaldr), the Winternacht marked the beginning of the food harvest, which would continue until Walpurgisnacht.

This night roughly corresponds to the Celtic Samhain and the modern American holiday of Halloween, even if the darker aspects of the festivals are not as pronounced among the people Norwegian (for the Norwegians the festival of darkness was Walpurgis, 6 months later).

The correlation between the two nights lies precisely in the same cult purpose, both the Winternacht and the Walpurgisnacht commemorate the Disir, related to the cult of female ancestors underFreya’s protection, and the cult of fertilization and the relationship between the sexes (this is a vanic prerogative, too).

Often the Elves are also called Vanir but, the confusion is resolved by the consultation of sacred sources: both in the Edda and in the Grimnirsmal the Elves are generally believed Spirits of nature, and they would fit beautifully with the Vanir (Gods of nature, with strong interrelation with man). The Elves and the Vanir truly are connected, but they are not absolutely the same.

Their strong link with the mounds makes the cult always evolving, based on the use of the sacred fire in the various schemes used for Scandinavian rituals.

It is always necessary for the ritualistic act of Witch of the Vanir to work with the deads and the recognition of blood, to appease every dark elf that assists the work.