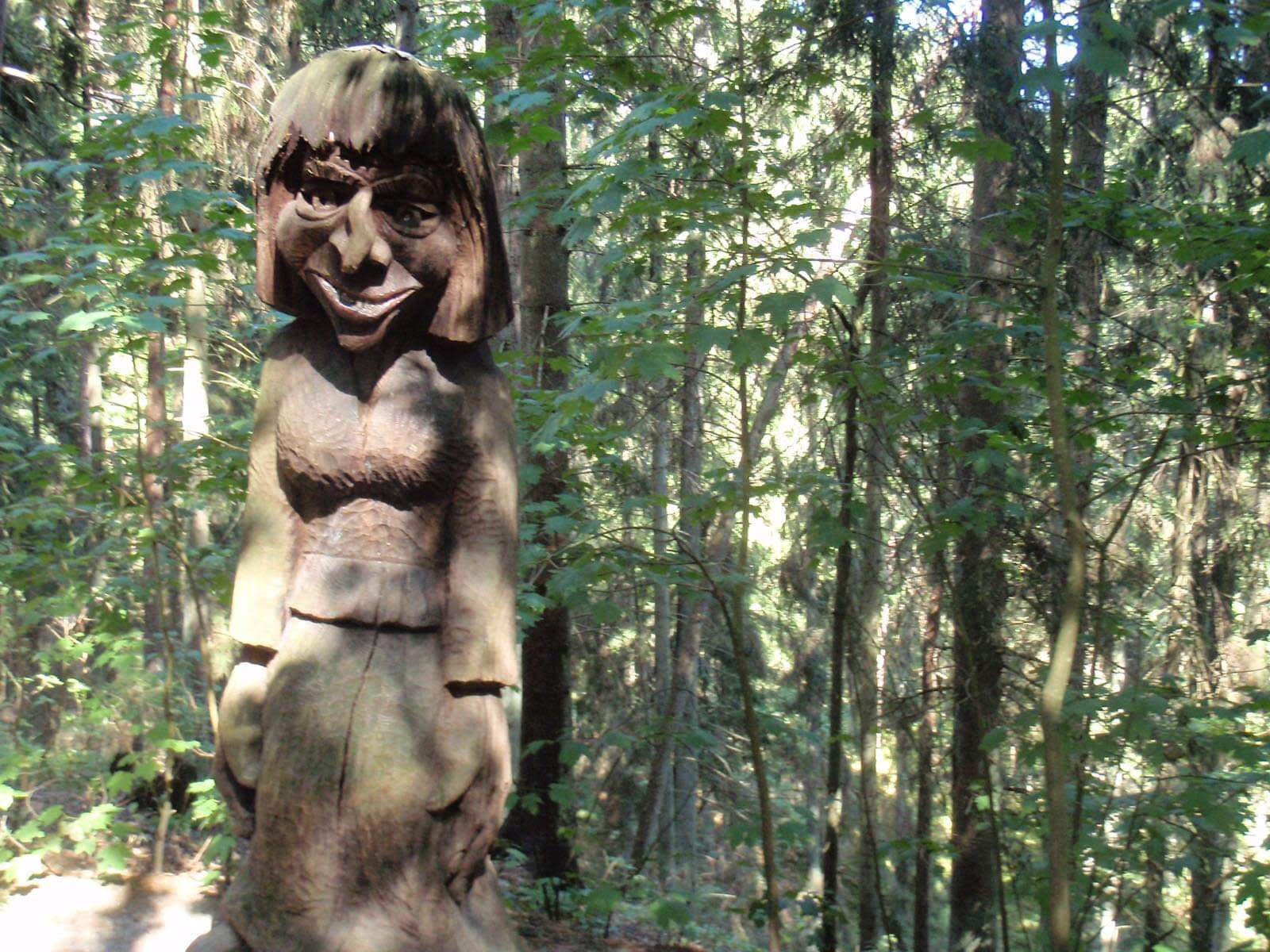 In ancient Greece there was a unique and specific type of vampire demon, known as Lamia. Her name was used in early versions of the Bible with the meaning of “screeching owl” and “sea monster”.

She was said to be a monstrous creature, that fed exclusively on the flesh and blood of children every night. There are a multitude of vampire beings, creatures, revenants and similar that share the name Lamia in ancient times, which can be translated as “dangerous lone shark”.

In Greek mythology Lamia was born as the daughter of the king of Libya, Belus. For her beauty, she became the lover of the god Zeus. When his wife, the goddess Hera, found out about this, she kindnapped Lamia’s children.

Gone mad with grief over the loss of her children, Lamia began a killing spree on the children of her kingdom, becoming a horrible demon.

She had the ability to shape shift and used it to become a beautiful woman again so that she could lure men to isolated places, have sex with them and then drain them of their blood.

Her name has an Akkadian equivalent, as well as the Ugaritic nrt and nyr, which are used metaphorically as epithets of the Sun deity, called ‘the lamp of the gods’ and ‘the lamp of heaven and earth’.

This demon moves beautifully between the archetypes of many traditions. It could be associated with the Hiisi lineage of Finnish folk.

Hiisi, a lineage born of a demonic giant, is the personification of the north wind in Finnish mythology.

She was under the orders of the demon Lempo, as tribal chief and demon of the forces of nature.

Her bird, Hiiden-Lintu, carries evil into the air. Her cat, Hiiden-kissa, though ferocious, sometimes forces thieves to confess their crimes.

Her horse, Hiiden-Ruuna, runs on airplanes spreading diseases. Feeling her hooves is a harbinger of impending disaster, buy fortunately, she cannot enter a blessed or urban area. She is said to open a door and enter a house, but if she found one open, she considered it as an invitation to enter.

This archetype is also connected to Ajatar / Ajattara, “The devil of the woods”. In Finnish demonology, Ajatar is a female dragon who is said to be the mother of the devil. She feeds snakes and spreads diseases and plagues

“Ajatar” derived from the verb ajattaa, “to do to pursue” and from the Finnish word ajaa, “to pursue”.

It should be noted that “Ajatar” could also refer to the (Finnish) word aika, which means “time”.

Lamia also bases her characteristic on the Baltic Lamia, associated with Sarahkka, the highly respected Sami archetype, who shapes the body of unborn children around her soul. She also helps the Mother giving birth and sits by the fireplace. She is also called the weaver (2)

Leinweber notes that at the time of Apuleius, Lamia was mixed with all the popular notions of witchcraft.

Nicolas K. Kiessling compared the Lamia with the medieval succubus, and with Grendel in Beowulf’s poem.

She is also associated with Latvian Lauma or Lithuanian Laumė, a demon of the Baltic mythology. Originally, she is a spirit.

This archetype is also linked with devastation and the cycle of births.

Lauma (Latvian), Lithuanian Laumė or Deivė, in Baltic folklore is a fairy who appears as a beautiful naked maiden with long blond hair. Laumas live in the forest near water or stones. They want to have children but cannot give birth, they often kidnap them to raise them as their own. Sometimes they marry young people and become excellent wives, perfectly skilled in all household chores. They are known as spinners and fast weavers; when they spin on Thursday nights and do their laundry after dark on other days, no mortal woman is allowed to do the same.

Laumas are very capricious. They are benevolent maternal beings, useful to orphans and poor girls, but they are extremely vindictive when angry, particularly with disrespectful men.

Among Lithuanians, a laumė was sometimes also called a laumė-ragana. In the 18th century, laumė was totally confused with ragana and came to denote a witch capable of transforming herself into a snake or a toad. Laumė was also a shapeshifter and had the ability to turn people into birds, dogs and horses, and dry cow’s milk.

The strong correlation also touches the demonology of the fertile half moon with Lamaštu, one of the most important Mesopotamian demons, who plays a dominant role in the magical-religious and magical-medical beliefs and practices of ancient Mesopotamia for nearly two millennia.

The Sumerian term lama (Akkadian lamassu) refers to a beneficial female patron deity, imagined as human in form. Generally such a deity was anonymous (The corresponding male deity was called alad, Akkadian sedu).

This demon has never been the subject of an academic monograph devoted to textual and visual evidence on her, her activities and evidence were often focused on countering her.

Most of Lamaštu’s characteristics and misdeeds have been briefly described elsewhere. By far the most comprehensive dossier covering her background, her evil personality (including some redeeming aspects) and her place in the demonology of ancient Mesopotamia and surrounding areas, as well as the written and pictorial records relating to her, has been compiled by Frans Wiggermann in his essay “Lamaštu, Daughter of Anu”.

In Akkadian versions called Lamaštu, which sounds like an Akkadian name but is still of unclear etymology; the other two were known by the names of Labāṣu and Aḫḫāzu.

Only in the second millennium, and probably under the influence of Akkadian, did Lamaštu gain individuality and quickly became the best known of all Mesopotamian demons.

Already in one of the oldest surviving spells against her (“OA1” 8), we learn that as an erroneous daughter of the chief god of the Babylonian pantheon, Anum, and therefore of indisputable divine descent, she was cast out of heaven and down to earth, both as punishment for his previous evil deeds, and as a divine trick to control overpopulation.

Her main goal on earth was to tear up babies, posing as a midwife or doctor, or by force of her, attacking her victims like a wolf or a lion.

All these bloody activities and cruel attacks make up a large part of the Akkadian spells against her, and the vividness of these descriptions made the corpus famous far beyond the inner circle of Assyriologists. But it’s not just a danger to babies and, inherently, their pregnant mothers before and during childbirth.

Her destructive aura and burning personality also affect grown men, the elderly, and even pets. At the same time, she is much more than just a cause or agent that causes one or more pandemic diseases.

It is not always easy to spot before she becomes dangerous, as dualism lives strong within this demonological archetype. She is the architect of evil and good, of life and death. Together with the nature of spells against this demon, we find a body of beneficial and averting elements.

She usually emerges from distant mountains, swamps, groves or deserts. There she lives in close contact with wild animals.

When we can get a visual glimpse of her and her activities on amulets or in their descriptions, she is often associated with “unclean” animals such as pigs and dogs she is breastfeeding.

She very often holds in her hands snakes and scorpions or poisonous millipedes that populate the background. At the same time, she seems to have somehow become accustomed to the basic characteristics of human life, as evidenced by her means of transportation (usually a donkey and a boat on which she should leave the civilized parts of the world), by the gifts she receives when people they try to send her away, including feminine toiletries and accessories, brooches, fibulae, shoes, pots, pans, and rugs.

On the oldest existing amulets, some of which you can dating back to the late 3rd millennium, most of which date back to the first half of the 2nd millennium BC, Lamaštu is usually depicted in a menacing posture, with her large raised claws, while some typical accessories – usually a comb and spindle and / or a dog and a pig – fill in the empty space around his figure.

This is a small excursus on some archetypal traces of the demon Lamia. It is the result of a research on some archetypes, part of a study, of which you will soon read the glories.


*Shares without reference to the source are subject to complaint, since the elements of copyright established by italian law are infringed*