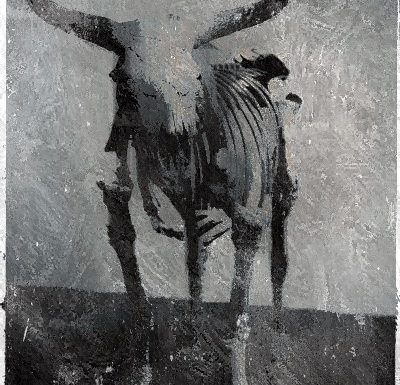 Sacrifice is here intended as an act that sacralizes a ritual exchange of gifts, gjöf við gjöf, not to be considered as evil or negative. The people of the North had absolute respect for sacrifice, especially when animals were involved, which were never exposed and left to die, unlike so many essoteric forms wants us to believe.

It was an integral and important part of the temple activity, Hof: there was a meeting, every year when festivities were near, in order to decide what animal or plant was to be sacrificed.

The blood used was the fruit of a particular ritual process, called Hlaut, utilized to consecrate the external ground for the great Blót; while inside the sacred circle, the blood itself was “transformed” in sacred Kvasir, through the action of the galdr of the Vanir.

The cup that held the blood was called Signa per Ríkis (sacred rite of the cup): through witchcraft, the men had the opportunity to shorten distances with the gods. The chosen animal was sacrificed and its flesh served as a sacred meal, and it was respected in all its parts, opening to the Hamingja of all the participating lineages.

The meat was cooked over a high fire, a strong natural element that sacralizes and transforms with its flames, often with the “rite of flour” called “Úlfrún”.

Often it was the german god Tyr, lord of the sacred woods, that was honoured.

There were many sacrificial forms. The ones we know best are those that precede sacred immersion by the indigenous goddess Nerthus, mother of every mother, primary source of Vanatrú, in the wells suitable for works such as Blótkeldur and Blótgrafar.

Little is known about the role of the Goði, even if in Italy it is fashionable to self proclaim oneself with such title, it does not have any value or spatial connotation recognized by the “traditio”; that is because its manifestation was mainly political in nature and was subordinated to the function of the
witch/healer.

In fact, in Scandinavia the celebrant functions, as for the opening and closing of the sacrificial rites, were usually entrusted to the king. The king, in this regard, assumed the role of an elitist priest, thus reducing the esoteric and magical value of the Goði. Such aforementioned process was due to political reasons concerning the specific clan.

Is it in the Kristni Sagas that we find recognition of the value of the women that conducted the Blot.
Such women were always considered to be witches, and were associated to the lords of death, linking them to Nerthus/Hel, or to be Gyðia, priestesses “ladies of the temple” or Hof-Gyðia devoted and nominal to a God, defending and promulgating its splendor.

They did not called themselves priestesses by self proclamation, it was in fact a title conquered through an initiatory and mysterious process, from Völva to Seiðrkona to Troldkvinde, in a marriage with the deity during Spá ok Sýn acting, an ancient ritual of vision and sacrificial
clairvoyance.

The priestess gives and sacrifices herself, in every manifest and non-manifest form of the cult.

A great sacrificial role during sacred feasts were the most requested “shoes for the dead”, that would help the loved ones to recognize their own way, in life after death. Hylja/helskór.