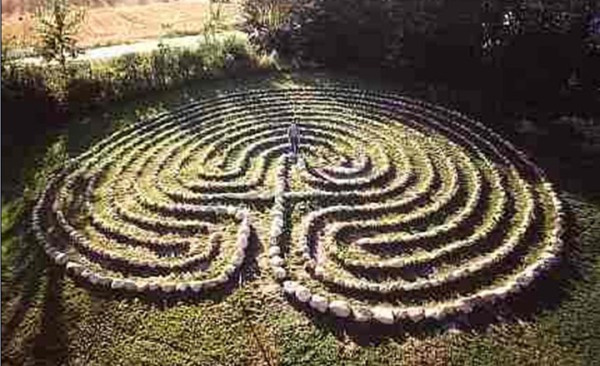 «See the world in a grain of sand,

and heaven in a wild flower,

Hold infinity in the palm of your hand

And eternity in an hour»

(William Blake, “A World, A Heaven, The Eternity”)

Let’s start with an axiom that should now be clear to all polytheists and not: time is not what they wanted us to believe.

Here is the first assumption of the Myth, which in any era and society has evolved has always maintained this characteristic.

Time is difficult to conceive for many human beings, perhaps for the most part, interested more than anything else in the flow of their days, in the daily grind.

But then why, as witches, should we care?

Why is it important to understand and know how and for what reason Time acts first outside of us and then inside of us?

I will try to answer these questions here, focusing above all on everything that is micro.

The paradox of Time

Euro, dollar, pound, yen, bitcoin…all currencies that nowadays seem to be so important, so fundamental and even essential.

The truth? I don’t count on having it in my hand, but one thing is certain: the only currency that matters is time.

Who identified the essential paradox of this was the anthropologist Augé¹, who wrote that it is difficult but fundamental to acquire the awareness that each of us lives, has lived and will live in a place and in a space that precedes his birth and happens his death.

The life of every human being is marked by round times, which in turn have the two supporting poles, that is, when we come into the world and when we leave it, and from here existence returns to itself.

Without going too far, the first circular space that we can actually experience is in the maternal womb.

Here the paradox exists, but it is always here that one finds what some psychiatrists might call “the true self”.

We are in the black.

It is no coincidence that rhythm is used in some way during the ritual and the journey of the soul, whether it is a drum or other instruments.

The maternal heartbeat that we listen to when we are in the uterus is what comes to the memory in the interior, and suddenly we fall into a trance.

The rythm of Time

Let’s take a step back: when we come into the world, we could almost say that we fall into historical time.

Everything we do, as Emil Cioran² also suggests, becomes alive because it is perceived within measurable situations, in the historical process of the Earth or Miðgarðr.

But what actually differentiates us from what happened in antiquity?

Well, by observing the temples built in Europe, we can discover geometric shapes that become the keys to the whole discourse: the circle, the spiral and the ovoid shape.

In this regard, two scholars meet us: Marija Gimbutas and Erich Neumann. While the first gives us the very important discovery of the first images of the so-called Mother Goddess, the second analyzes the feminine archetype as a source of eternal and renewing circularity.

In the archaic and primitive mind, spacetime was considered as a spiral, in which all the qualities of the events that occur are simplified and shown through primordial symbologies.

The relationship of the human being with the surrounding world was not objectified but subjectivating: the soul coexisted in all things, in an invisible but real connection mechanism.

In this way, as C.G. Jung³, the rite was imbued with that rhythm that connected the larger mechanisms with the smaller and infinitesimal ones that take place in the depths of the soul.

“If we stopped practicing our religion, the sun would never rise again in ten years. And then it would be night forever” an elder from the Pueblos Indian group told him.

There is an essential harmony between things, which, however, only those who have internal eyes wide open can experience and observe.

So here is the rhythm that must be had in the Identification and Awakening process.

Rediscovering and awakening the Daimon means walking the path of the Hero, especially in an internal measure, which is made up of spirals: a labyrinthine path that is both dangerous but absolutely necessary for those who decide to take their memory in hand.

The dragon’s treasure, as Michael Kelly’s immense work also tells us⁴, the Witch conquers it through the interior apotheosis, that is when the Dragon awakens and becomes aware that Eternity rests in the depths of each of us, because she was never dead and never born.

“The myth never happened, but it always is”

After all, a vanatruar works to develop the various inner and outer Ragnarǫk: here is the essential answer to the questions posed at the beginning of this article.

The path is arduous, complicated, suffering, dirty, but it is also sublime, glorious, surprising, brilliant.

The interiority of a Witch is the labyrinthine becoming that arises from the awareness that life and death are the same, but to succeed we must taste the poison, let it corrode, die and return to new life, with a new view.

This is, moreover, a clear consequence, given the fact that:

«The vanic practice is circular […] the sacred and the profane overlap and intersect. The Vanir are connected to all that is in the world, both the beauty and the brutality of nature; both the highest thoughts and the deepest desires of humanity. They are the custodians of the cyclical nature of Ragnarǫk»⁶